Fresh Air (WRC) Anti-Lag for All

Once reserved for top tier WRC teams, you too can now benefit from bypass anti-lag, with Trial Engineering’s bolt-on hardware, control solutions and tuning expertise.

A bypass anti-lag system allows pressurized air exiting the turbocharger to “bypass” the intake manifold when the throttle is closed, and instead flow directly into the exhaust manifold to maintain turbo shaft speed.

Both mechanical and electrical hardware are required to realize the effectiveness of such a system. A means to control the opening of the bypass valve in combination with engine fuel, ignition and throttle parameters is also needed, to execute the bypass anti-lag strategy.

Until recently, such a system had been prohibitively expensive outside of well funded, factory backed, rally and rally-cross teams. The mechanical valve, whilst similar to a wastegate, has some different requirements with teams using specialized items, costing several thousand Euros. In addition, most commercially available engine control units weren’t equipped with the user configurable functions to control such a system.

The advent of the MoTeC M1 ECU, with it’s Development Firmware option, has opened the door to write custom code for an ECU to carry out bypass anti-lag operation. The Evo & STi targeted M1 firmware, offered by John Reed Racing, is custom coded to be capable of bypass anti-lag control providing the hardware and wiring is in place.

Late in 2018 Turbosmart turbo systems, who are world renowned for their external wastegate products, among others, released an anti-lag valve, termed the ALV40. This high-quality part is competitively priced, similarly to that of an external wastegate with features specific to bypass anti-lag use.

Having built several systems using this component, with positive results, we have decided to create a bolt-on kit. This kit is designed for customers without access to in-house engineering and manufacturing capability, and eliminates the need and cost of undertaking the design and development of a bespoke system. Solutions for Mitsubishi B411T and Subaru EJ equipped vehicles are available now. A Mitsubishi 4G63 kit is in development and will be offered with an optional Drive by Wire throttle conversion. 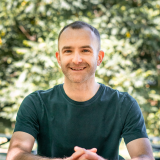 Ray Richards founded Trial Engineering in 2016 as the logical next step to apply his ideas and develop motorsport engineering concepts to surpass the competition. With more than 15 years experience in professional racing, Ray has worked with top tier racing teams across the globe and a mix of surfaces and categories. Ray sees opportunity for advancement and with a design background and knowledge of manufacturing, leaves little time to spare in testing his ideas in the real world.